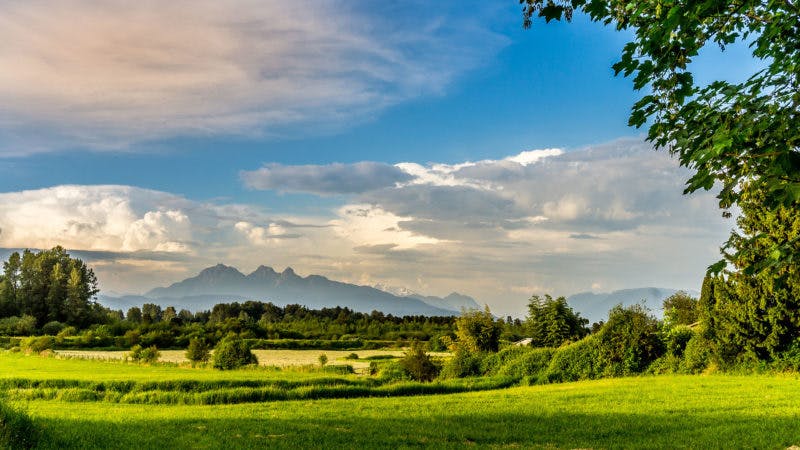 “All our dreams can come true if we have the courage to pursue them.” Walt Disney

‘Nothing is impossible if one is determined to achieve it.’

These statements applies well to one of the top realtors of Century 21 Coastal Realty- Sameer Kaushal who has proved that with a strong will, courage and determination, you can achieve the highest altitudes of success and at the same time can contribute to the general wellbeing of society. A known face in the community, Sameer has not only made an indelible mark in the field of real estate, he is contributing immensely to social causes as well. A Seasoned Realtor with a considerable experience of 21 years in the field of marketing and sales, Sameer has been Medallion Gold Member of Fraser Valley Real Estate Board for more than five years. With a sale volume surpassing 250 Million Dollars, he is among the Top realtors for Pre-sale projects of Cressey group and Adera; the local expert of exclusive listings and sales of coach houses and single family houses in Panorama Ridge area of Surrey. Not surprisingly, he is the winner of Centurion producer award consecutively in the years 2010, 2011 and 2012.

Blessed with a multifaceted personality, Sameer comes across as a very humble and simple man who has a vision to stay on top in his company and mission to work within the community. Not only on the professional front, he has been equally devoted to social causes. He can be frequently seen volunteering at various community initiatives. Most of his volunteering time is devoted towards arranging food and shelter for homeless and underprivileged members of community. He has been working for Surrey Food Bank and is an active member of Realtor Blanket Drive. Also, he was a member of Association of Community Organizations for Reform Now (ACORN) from the year 2006-2010.

This great achiever superbly balances his life both on the professional and personal level. Having predetermined goals, he strives for the excellent approach to achieve them. He values his family who have been his moral and emotional support in his tremendous journey towards success which had a mix of ups and downs. Born in Barnala in Punjab, India, Sameer completed his Bachelor’s in Science and then went on to study Masters of Business Administration (MBA) from Shivaji University in India. Thereafter, he worked with major textile brands such as Duke, Indo Rama and Trident Group and rose to be the General Manager in a clothing company in Ludhiana. But his inner urge constantly inspired to explore his potential which eventually landed him in British Columbia, Canada in 2003. After moving here, like any new immigrant he had to face the adversities of life in the beginning, being a dispatcher in a trucking company in Abbotsford, to working in a Mac’s store. But his inborn leadership traits, multilingual proficiency in English, Hindi, Punjabi, Urdu and Marathi, excellent communication and customer service skills and expertise in strategic based selling led him to join real estate industry in 2005. Sameer obtained his license for Real Estate and Mortgage both for residential and commercial property and joined Century 21. Despite the initial difficulties faced in a new country and a new industry, with his sound educational background, experience and strong determination he very soon achieved the first milestone in his career in year 2006 when he was awarded Rookie of the Year of Century 21 and Coastal Realty; and there has been no looking back ever since then. He was also recognised as Top 10% medallion members of Fraser Valley River Board (FVRB). He also won a Century 21 International Award in a glittering gala held in Las Vegas. He is also the Master Medallion Member. On January 23, 2015 Sameer got another feather in his cap, he was elected as the councillor in Fraser Valley Real Estate Board – Commercial Division in the AGM held in Coast Hotel and Convention Centre, Langley. He has been felicitated with numerous other awards such as Masters Ruby in the years 2006, 2008, 2013 and 2014; Masters Diamond 2007; Masters Emerald 2009 to name a few. He was recognized in 2015 as a Double Centurian Producer Award at Ornaldo , Florida, USA where realtors from 85 countries participated. Sameer in in top 5 medallion list of Fraser Valley Real Estate Board Medallion list. Also he is featured in top 5 Full time Commercial Medallion List.

Sameer has also been working arduously to serve society in multiple ways. He is the regular sponsor of various social organizations and community events, notably the anti-drug and anti-crime organizations; he has been continuously engaged in community service with Acorn Canada since 2005 and is an active executive council member of Vedic Hindu Cultural Society of Surrey. It is evident that to excel in multiple fields, one needs to have a high level of physical endurance. And Sameer has that sports and athletic spirit in him. He is a major sponsor of multiple sports and cultural organizations. For his ongoing support to help homeless people, he was given a Letter of Appreciation by Lookout Society Solution to Homelessness (Surrey). He also supports upcoming soccer teams and provides them with finances and boosts their morale

When asked about the secret of his success, Sameer says, “I follow one simple rule- customer satisfaction and customer care is top priority for me. I believe in transparency and act as a consultant to my clients. Customization is the key.” ‘Never look back, no false assurance and a straight forward approach’ are the core principles on which Sameer operates. Besides, his constant urge to learn something new even after so many achievements is actually another key to his success.

In contemporary society, Sameer is an inspiration for countless people who manifests that with sincerity, commitment, strong will and determination one can achieve even the highest altitudes of success. Along with this, he thinks that since society is our benefactor, we need to give back to it by working for the betterment of community in multiple ways.

Talking about his future plans, he expresses the desire to help more and more charities. . For his business plans, he aspires to be number one Relator in Lower Mainland . He is a valuable contributor to his community. For future he hopes that he would be able to help more and more people to make them independent and do charity. The endless list of his achievements makes one wonder how he manages so many aspects of life so skillfully. How does he take time out for all these activities? Where does this continuous flow of energy come from? The answer Sameer gives is – Time Management Skills along with the view to leave the past behind, never to be panicky and think to move forward in future. And of course, the biggest source of his inspiration is undeniably the unending support and love of his family consisting of his beloved wife Sapna Kaushal and two lovely kids- daughter Annie Kaushal who will be in 11th grade now and his son Ankur Kaushal is joining B.Sc in Sept 2016 at UBC. Annie and Ankur both are basketball coaches and they have worked for YMCA.Ankur has also worked as Volunteer for the Northcrest seniors facility in North Delta.

Sameer feels blessed to be born to Mr Prem Chand Kaushal and Late Mrs Yash Rani Kaushal of Barnala ,Punjab, India who instilled in him the values of a good human being. He has one elder brother Shakti Kaushal who is presently working as an Executive officer in the Municipal Council ,Barnala ,Punjab,India and have two elder sisters Rekha Sharma and Renu Sharma who are happily married and well settled in India. His siblings always helped and supported him to be a good human being and encouraged him to move ahead in his life to run a successful and healthy life. He always feels strengthened by the presence of his family members in his life. Sameer says whatever he is today, its because of the blessings and teachings of his parents. .His parents always told him to work hard and do the work with complete honesty and dedication .His family is a driving force behind his success and they always support him to do his work in an efficient way and he also makes sure that he must have a balance in his professional and personal life. Like Sameer, his wife is also engaged in volunteer work. Taking inspiration from their dad, his two children are also involved in volunteering with various groups at their own level. He has inculcated the same values of helping and caring family and community into his daughter and son who accompany him in most of his drives for social causes. They also enjoy the joy of giving back to the society In fact, for the whole family there is one underlying mantra of life- ‘Giving back to community.’ Sameer’s connection to India is strong as still most of his family lives there, but he loves Vancouver, its two main attractions being- the weather and work culture. Above all of these achievements he is a person who is epitome of goodness. He is considered as definition of success who has shown a way to many people and always extended his advice and helping hand to young entrepreneurs.

From Sameer Kaushal, one learns an important lesson of life- If you have the strong will, courage and determination to pursue your dreams, nobody can stop you from raising to the highest altitudes of success. Along with, if you have noble intentions towards your fellow human beings and a clean heart, you can serve the society in many ways and can be a very enlightened and valued member of it proving a constant source of inspiration for those around you and also to the generations to come.

The society needs more and more noble souls like Sameer to serve the society in the best possible way as he is honest with all his clients and follow professional ethics as well as he is equally sincere with his family and society and contributes in it’s well being .He is perfect example of a successful human being who knows to give equal important to his professional work ,family and society. The team of Canada Tabloid was fortunate to come across such a dynamic personality .